Hey there Weird Ones!

On the latest episode of INTO THE WEIRD Billy and I ventured deep into Robert E. Howard and Marvel Comics’ Hyborian Age and looked at CONAN THE BARBARIAN #45. Our lust for blood and busty maidens not yet sated, we then went back even further – to the pre-cataclysmic Thurian Age to be exact, to look at another creation of Howard’s, KULL, specifically KULL THE CONQUEROR #8. Both of these issues proved to be suitably odd, enough so that they warranted discussion…on INTO THE WEIRD.

As promised on the show, here follow some images from the two comics –

Firstly, the cover by Gil Kane and Neal Adams 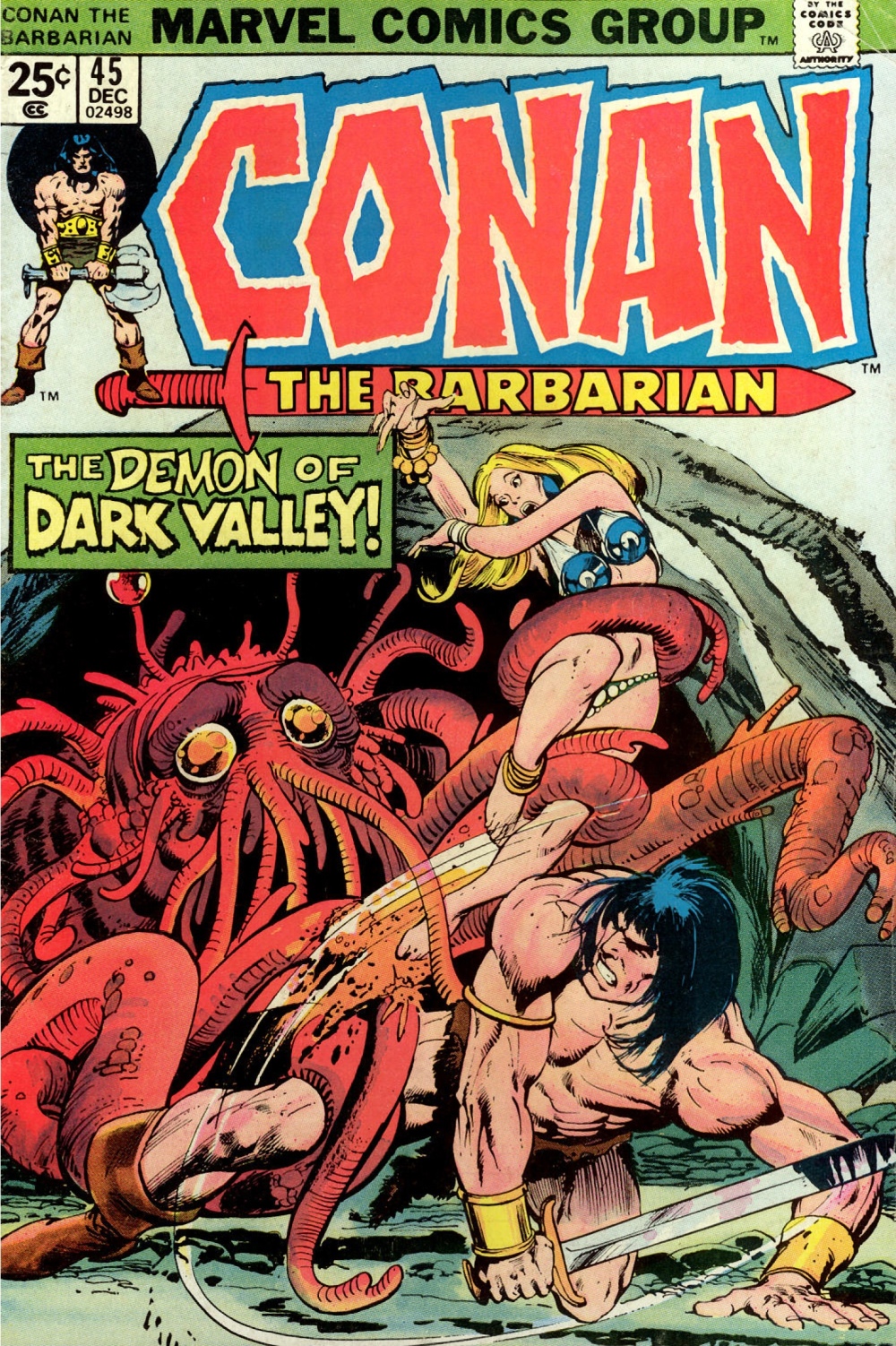 Next up, a moody tavern scene – 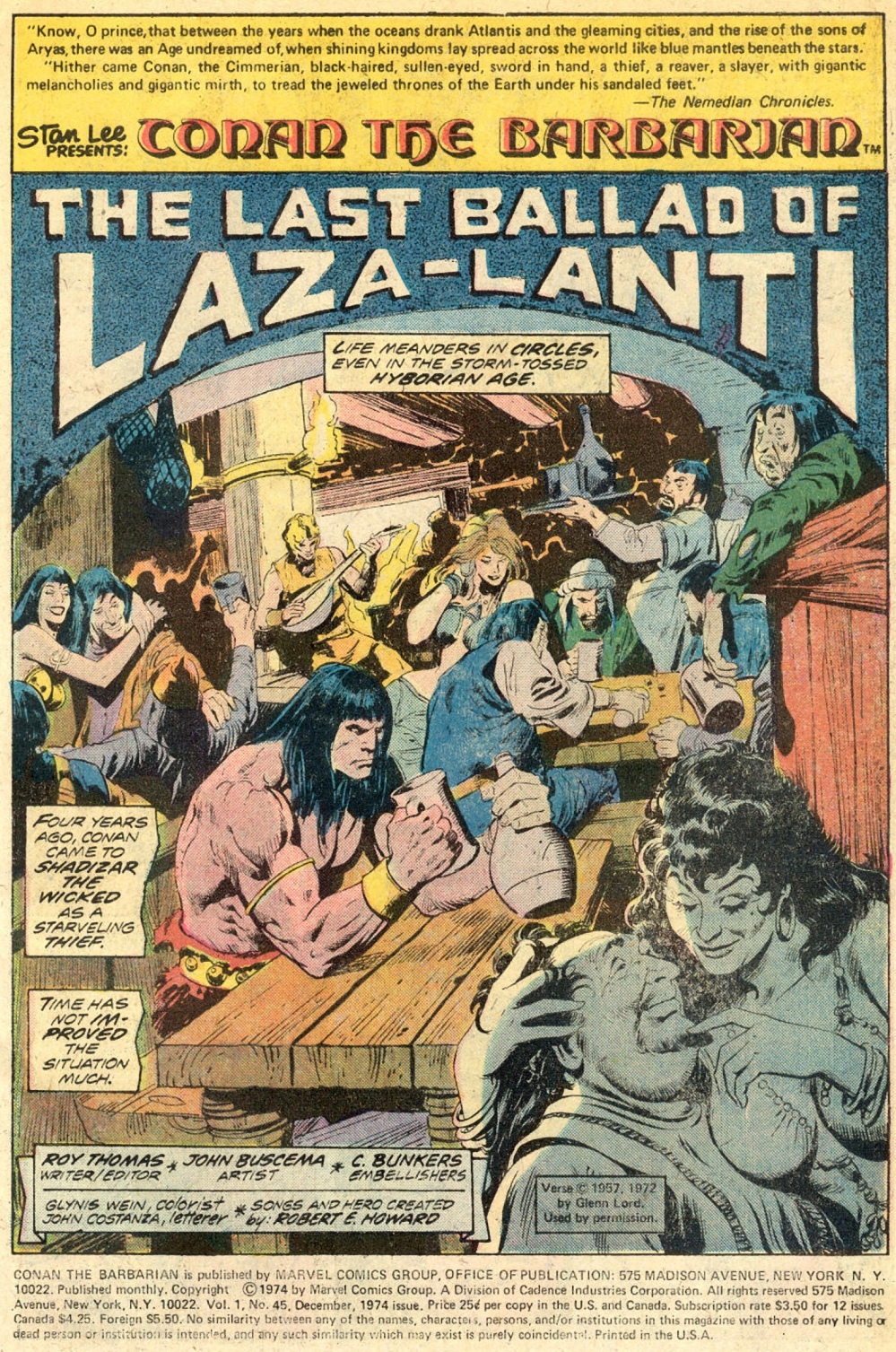 An unorthodox jailbreak… Notice how the hunchbacked little lothario mentions his two MISTRESSES as he pleads for his life. WTF

The money shot. Who doesn’t like a blob-like beastie snacking on a heifer?

Below we have the scene that would have made those Comic Code officials soil their panties… IF they were paying attention. 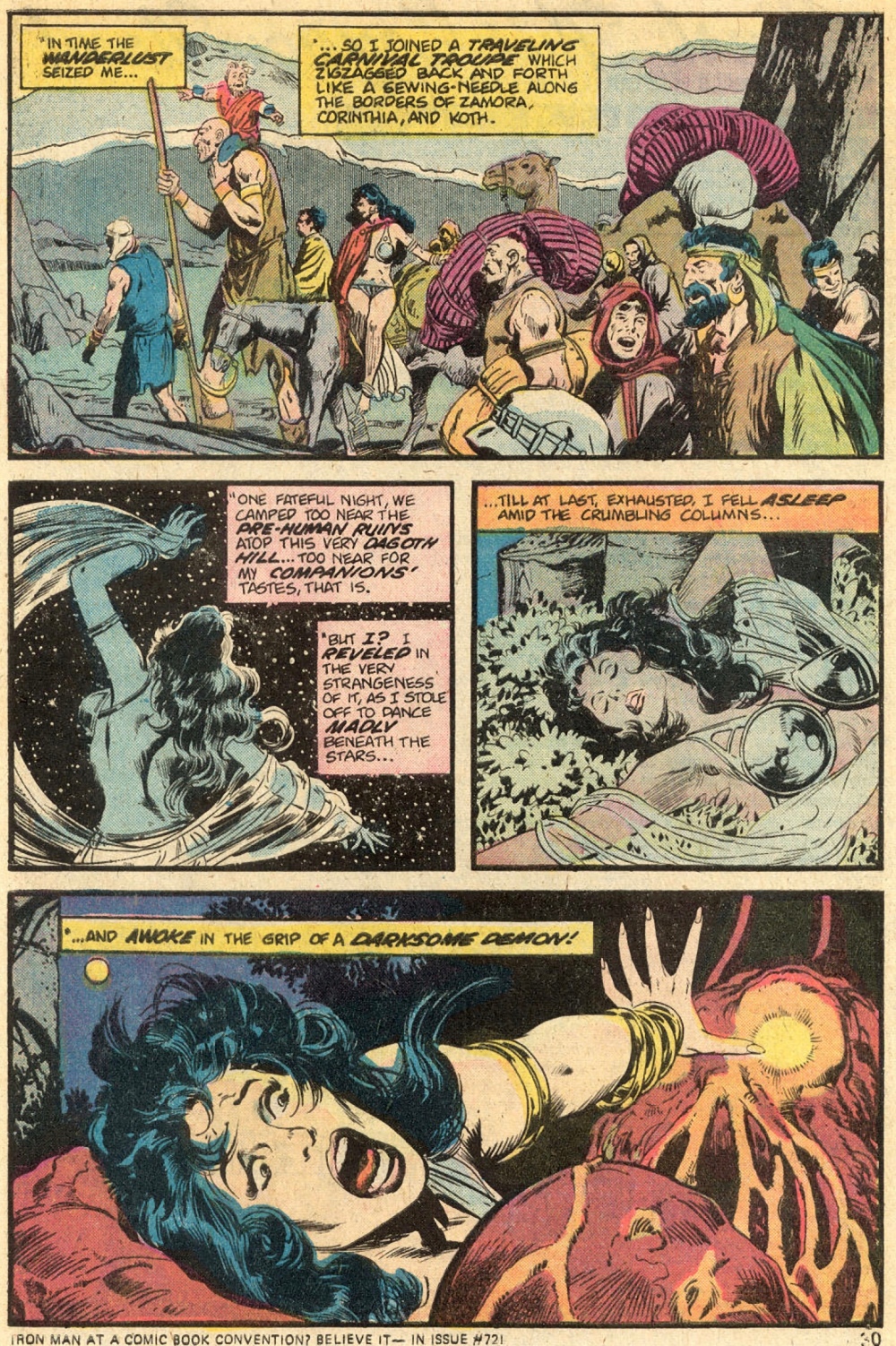 KULL’s cover was done by John Severin. Colors too, presumably. 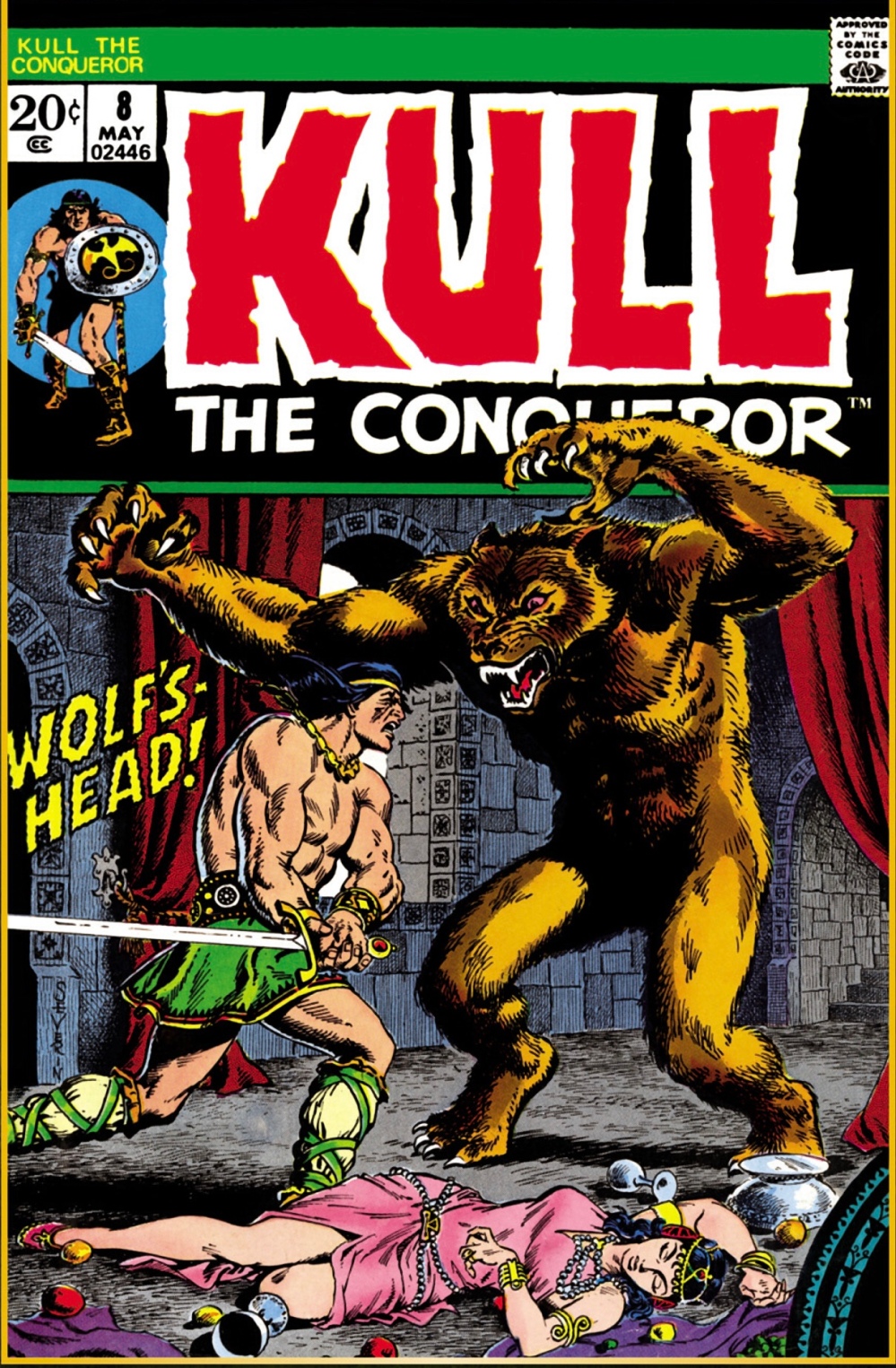 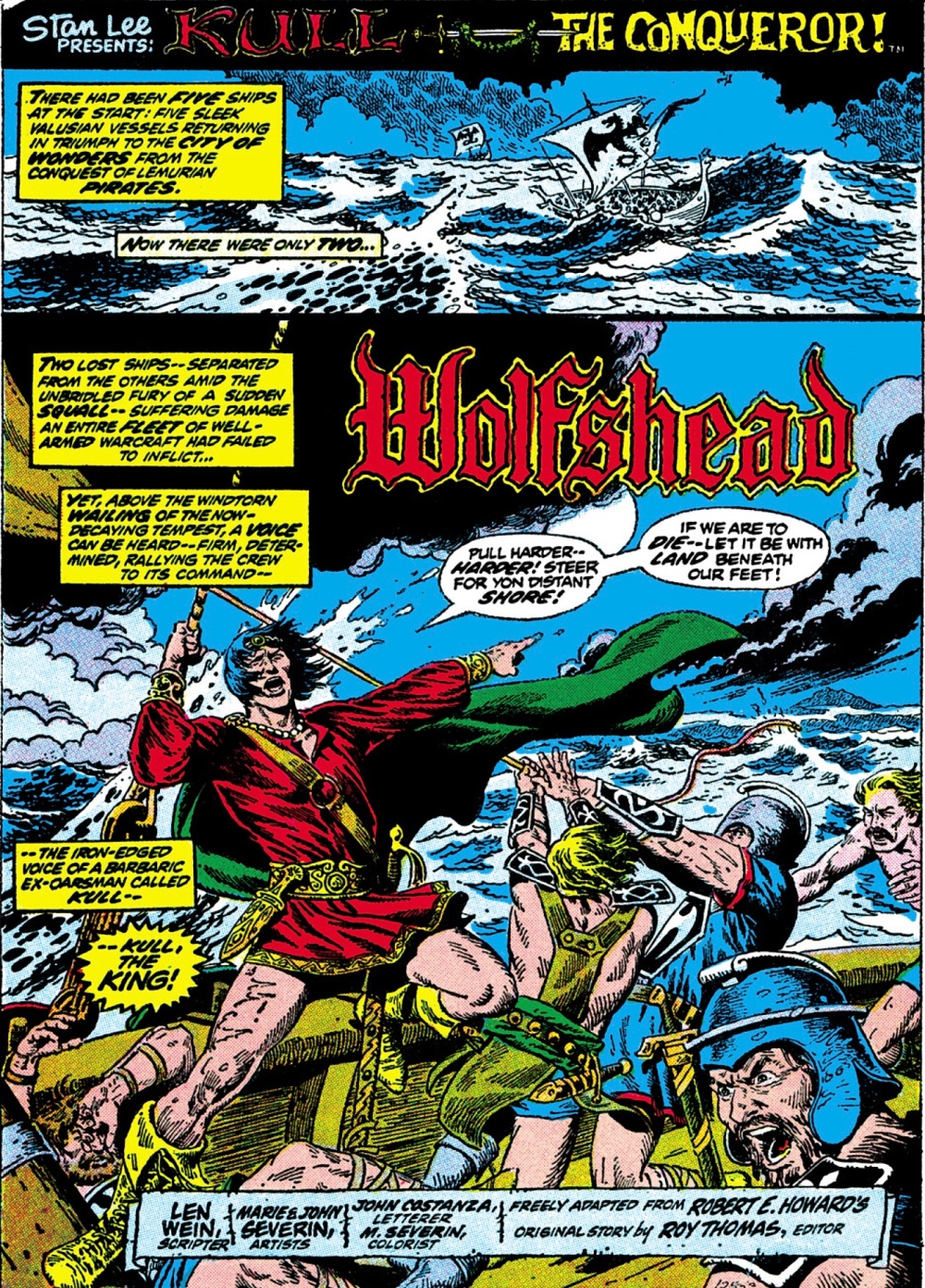 The Leopard Men, as rendered by John Severin. Frightening!

…but not as frightening as the werewolf that terrorizes Dom Vinsala’s castle.

Ah, the flirtatious Marcina. Hoping to catch a King, she ended up with a Lycanthrope instead. 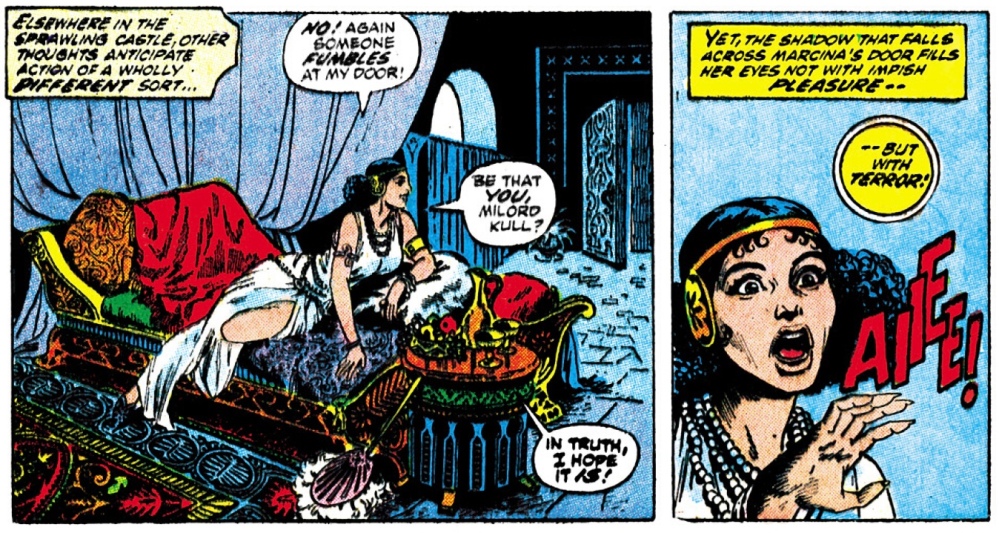 The horrendous death of Dom Vinsala…

Hope you enjoyed this week’s episode and the images we posted. Stay weird, wunderkinders.